London, 13 March 2017 – Three students from Bredon Hill Academy in Evesham, Worcestershire, won the BP Ultimate STEM Challenge at an event today at the Science Museum in London. The three girls – Amelie, Cathryn and Hattie – were praised by the judges for the way they took inspiration from flying animals to find solutions to an engineering design challenge.

For the third consecutive year, BP, STEM Learning and the Science Museum hosted the Ultimate STEM Challenge final as part of a nationwide schools competition inviting students aged 11-14 to put their STEM skills to the test by tackling real-world problems.

This year the finalist student teams participated in a science fair to showcase and recognise their projects, and to provide them with opportunities to share their work with other students, teachers, STEM Ambassadors and a range of stakeholders from the world of STEM education. During the fair, the finalist teams were tasked with presenting their ideas to a panel of expert judges.

For 2017, the students were invited to use their creativity to identify and design an efficient solution to one of three real-world challenges: Rescue Rockets, Future Flight or Auto Arms. The students worked in groups of two to four at a STEM club, in class or as an independent project, before submitting their project via PowerPoint or YouTube. STEM Ambassadors were available to guide and inspire students as they took on the challenge.

Bredon Hill’s winning solution focused on developing an efficient design for the Future Flight challenge, where they had to come up with an efficient design that generates the most lift for a remote-controlled survey aircraft. The team won an Ultimate STEM experience day, £500 to spend on science equipment or field trips as well as Science Museum goodies.

Two student teams were also commended for their creativity and ability to bring their projects to life with two new awards. Bohunt School won a ‘Thinking Creatively’ award, while Queen Elizabeth’s School were awarded ‘Best Stand’.

BP’s Ultimate STEM Challenge was developed as a result of ground-breaking research conducted by King’s College London, the research partner in BP’s Enterprising Science programme. The research demonstrated that only around 15 percent of school children aspire to be a scientist, despite the fact that 70 percent agree that they ‘learn interesting things in science’ and that ‘scientists make a difference in the world’.

Furthermore, research from EngineeringUK has shown that every level of the UK education system lacks the capacity or the required rate of growth needed to meet the forecast demand for skilled engineers and technicians by 2022.

The Ultimate STEM Challenge aims to provide a solution by engaging young people with new, real-world challenges which highlight the benefit of STEM study and the array of careers available in STEM.

Cathryn, Amelie and Hattie, members of Bredon Hill’s winning team,  spoke about what it was like to win this year’s BP’s Ultimate STEM Challenge:

“We couldn't believe it when they shouted our name.”

“I've loved hearing about all the exciting projects the other teams have been involved with today.”

“My confidence has grown so much from practising our presentations in front of our year group last week to presenting to a room full of people today.”

“I'm so proud I cannot express how excited I feel, they've worked so hard for this.

“The skills the girls have developed at the final event today alone is fantastic. Their ability to present their ideas to other people and their confidence has bloomed throughout the day, and winning has been the final icing on the cake.

“The girls can now go back to school and inspire other students to get involved in projects like the Ultimate STEM Challenge and show why celebrations like British Science Week are so important to advancing young people's interest in STEM subjects.”

“BP has been committed to STEM education for over 45 years and in the past five years we’ve reached an estimated 2.8 million students in the UK. The BP Ultimate STEM Challenge presents young people with new and exciting ways to engage with STEM and use real-world application of science and maths. By helping young people to understand the relevance of STEM subjects and careers to their own lives we hope to encourage them to pursue STEM studies now and into the future.”

“It’s wonderful to see STEM Ambassadors supporting such an ambitious and innovative cohort of young STEM students. The creativity and enthusiasm that schools bring to the BP Ultimate STEM Challenge is truly inspiring. And we hope that all those schools who run STEM Clubs, or have set them up in order to take part, will feel encouraged to continue to grow, so that we see more young people engaged in STEM study and careers.”

“The quality of entries at the BP Ultimate STEM Challenge is always high and this year is no exception. By tackling real-life scenarios, these students are applying their scientific thinking beyond the classroom. This creativity and innovation is key for the future of STEM. Well done to everybody involved today.”

“The BP Ultimate STEM Challenge is a fantastic way of encouraging young people to better understand the broad range of careers that STEM study can open up, while also demonstrating how STEM impacts our world. Every finalist here today deserves congratulations and should take pride in their achievement.” 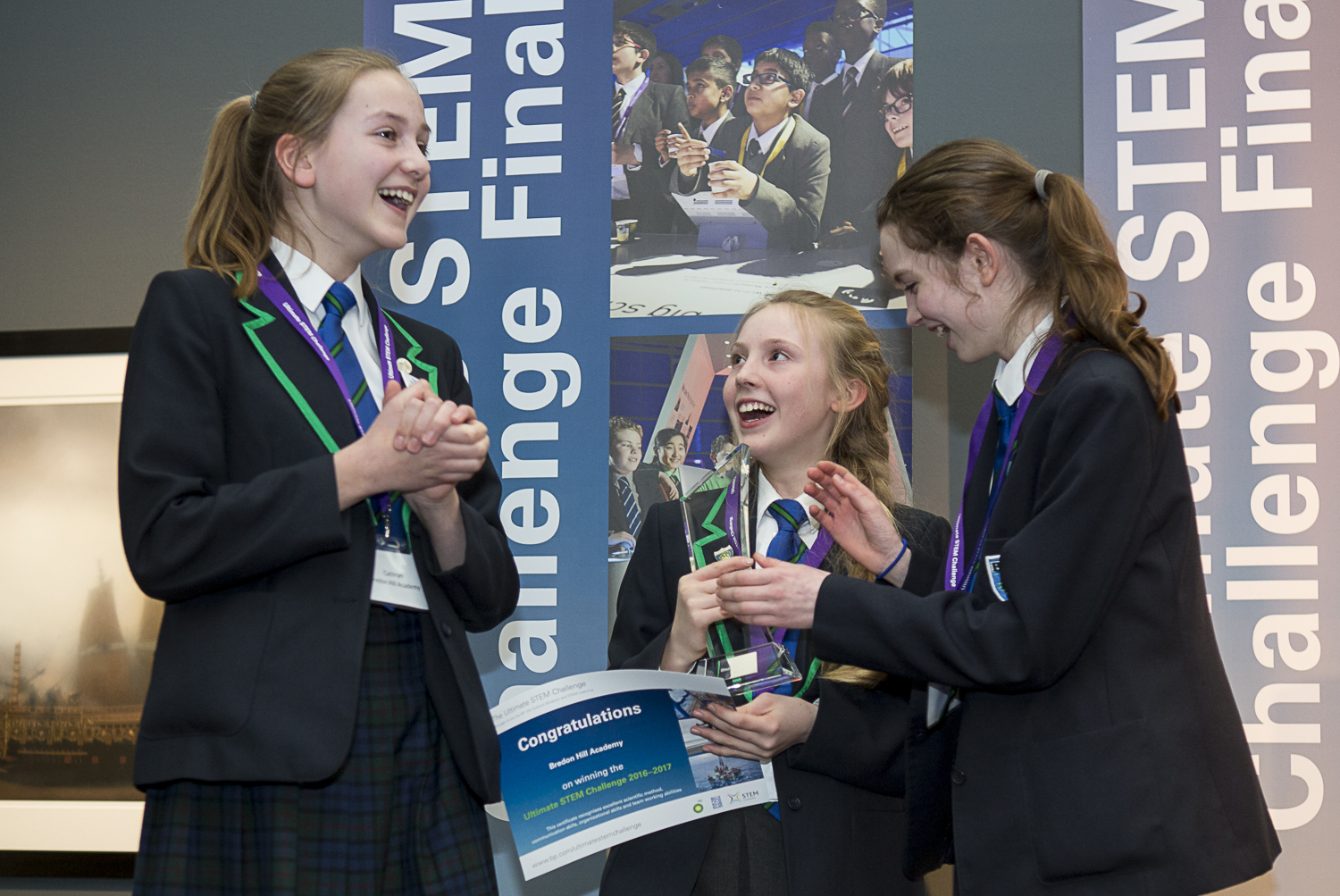